Malicious militias in the Sahel have unleashed ethnic gangs with guns

A cycle of tit-for-tat murder has begun

Bamako, May 2.– The first sound of danger was the roar of motorbikes. Then came the gunfire as about 20 men attacked Samani, a village in central Mali, killing three people and cutting off body parts as trophies. They took the chief’s 30-year-old son, “cut him in half, and took his heart out”, says Amadou Barry, an elder who managed to escape to Bamako, Mali’s capital.

The gunmen were from an ethnic militia, one of hundreds that have sprouted in Mali and Burkina Faso, and that have killed at least 800 people since the beginning of 2018. The militias are most active in Mali, which has battled a jihadist insurgency since 2012. Many emerged from groups of hunters, who used to stalk game with flintlock guns. Now they are armed with assault rifles and speed about on motorbikes. They say they hunt jihadists. In reality they are targeting Fulanis, a mainly Muslim minority group. 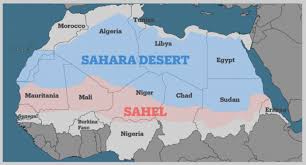 Photos on social media show Fulani villages in which families have been shot, their bodies thrown down wells or cut to pieces. “We should call it what it is: ethnic cleansing,” says Héni Nsaibia, from the Armed Conflict Location & Event Data Project, an NGO.

The army has made no serious attempt to disarm these militias, said Human Rights Watch, a watchdog, in December. Instead, the government has helped them. Some army units patrol with them. They have been exempted from a ban on motorbikes (supposedly the jihadists’ favourite ride) in central Mali. This allows the militias to attack with ease. Emboldened by the government’s inaction, militiamen hacked and burned to death more than 170 people in Ogossagou, central Mali, in March. This favouritism plays into the hands of the jihadists ...