Los Angeles, Jan.7.– Los Angeles County has agreed to conduct a purge of its voting rolls, in a move that could strip perhaps 1.5 million inactive voters from the lists of those eligible to cast ballots. 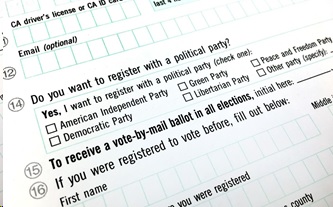 The county made the deal in a settlement last week with Judicial Watch, a conservative public interest firm, saying that under a recent Supreme Court ruling, it has a duty to remove names of people who appear to have either died, moved from the county or lost interest in voting.

The county committed to mailing hundreds of thousands of voters already deemed inactive to see whether they are still eligible voters, and to removing names of people who don’t respond to notices and who miss two subsequent federal elections. The county also agreed to try to weed out dead people still on the rolls.

California Secretary of State Alex Padilla, who was also part of the settlement, committed to send notices to all registrars informing them that they, too, must take steps to cancel voters who miss voting in repeated elections and fail to respond to follow-up notices ...