Muslim Brotherhood, Arabic al-Ikhwān al-Muslimūn, religiopolitical organization founded in 1928 at Ismailia, Egypt, by Ḥasan al-Bannāʾ. It advocated a return to the Qurʾān and the Hadith as guidelines for a healthy modern world Islamic society. The Brotherhood spread rapidly throughout Egypt, Sudan, Syria, Palestine, Lebanon, and North Africa. The government of President Abdel Fattah el-Sisi has classified the Brotherhood as a terrorist organization and routinely accuses it of being behind terrorist attacks. The Brotherhood has consistently denied any involvement. Since the military takeover of Egypt’s government in 2013, some members of the Brotherhood have broken off to form organizations that carry out acts of violence against the military-backed government. Two of those groups, Hasm and Liwa al-Thawra, have been designated as terrorist organizations by the United States government.

Exposé Of The Muslim Brotherhood With Key Organization Leaders

Filmmaker Ami Horowitz has just released a brilliantly done 15-minute video, exposing leaders of the Muslim Brotherhood in their own words as they continue their mission started in the 1920s of creating a global Islamic caliphate throughout the entire world. Their target, according to key Muslim Brotherhood leaders as well as experts interviewed by Horowitz, is a complete takedown of the United States of America.

The Muslim Brotherhood began in Egypt "as a religious and social organization. It as 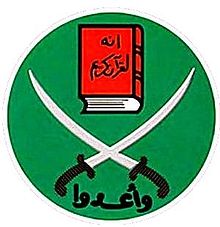 over the years metastasized to become the largest global Islamic organization in the world with branches in dozens of countries," Horowitz explains.

"It has representatives in various governments and leadership in social and charitable organizations around the world. Its stated goals are to spread Islam and the word of the Quran throughout the world with the ultimate objective being the creation of a global Caliphate," the American filmmaker notes.

Thus, Horowitz traveled to "Cairo, Beirut, Istanbul, and elsewhere to meet with Brotherhood leaders and to get a better sense of their plans and goals."

"The Muslim Brotherhood has aggressively tried to expand their global influence by sending an unknown amount of proxies into countries around the world," Horowitz explains. Many of these "proxies" operate based on a key memo written by Muslim Brotherhood leader, Dr. Mohammad Akram Nadwi.

Horowitz has corresponded with Nadwi by phone, email, and text over 50 times during the past 12 months. His memo, according to Horowitz and other key Muslim Brotherhood experts, "lays out the Brotherhood's goals and strategies both across the West and in the U.S."

"The Muslim Brotherhood must understand that their work in America is a kind of grand jihad. In eliminating and destroying the Western civilization from within and sabotaging it's miserable house by their hands of all the nations in which they operate," Nadwi's memo says.

Indeed, Horowitz actually met with a Muslim Brotherhood agent living in the United States who boiled down their plan for Horowitz.

The filmmaker spoke with Nidal Mohammed Sakr, who "was placed by the Muslim Brotherhood inside the US and has been here for years. He was recruited by Abdullah Azzam, a mentor for Osama `bin Laden and a co-founder of Al-Qaeda. He recruited him into a paramilitary cell that conducted terrorist operations against Israel. Nidal was personally acquainted with Osama bin Laden."

"Nidal now lives in the gorgeous and sun-soaked Huntington Beach, California, in a condo a few blocks from the ocean. He escaped into the US after being sentenced to death by an Egyptian Court for allegedly murdering a police officer," Horowitz explains. "He is now free to frolic on the beach and call for the killing of President Trump as he did in October of 2017."

Furthermore, the Muslim Brotherhood's most successful conquest of late was the Arab Spring, a relatively peaceful movement in 2010 that featured several anti-government uprisings in the Middle East and Northern Africa. But Sakr assured Horowitz that the next revolution will not be peaceful, especially given the status of domestic US politics and global affairs.

"I would think it might even outlast the United States as we know it because it seems that the way the United States is going right now...I mean with this Trump thing and the division that you have in America and people killing each other and you know, stepping on each other's throats and acting like vulgar and barbaric, as we see it right now. Whatever the U.S. is doing to the rest of the world, this is what it's going to face. What goes around comes around. There's no question about it. We'll definitely come back and when we do come back it's gonna be ugly," Sakr told Horowitz.

Horowitz also traveled to Istanbul to meet with Muslim Brotherhood leader Ashraf Abdel Gaffin. Gaffin confirmed that the ultimate goal was to convert the United States to Islam since there are "no morals in America. If you say and don't practice there are no morals, so it is Islam in America that is the solution to this problem."

The documentary, which is well worth the watch, also explains that the Muslim Brotherhood is targeting the United States prison population for new recruits.

"The Muslim Brotherhood's primary vehicle for this radicalization is their near monopoly of choosing Imams in US prisons. The Brotherhood affiliated Imams make up the vast majority of Islamic clergy in US jails and prisons," Horowitz says. "Over 75% of the chaplains within the US prison system have some sort of sympathetic following towards the Brotherhood. They're preaching a form of Islam that moderate Muslims would call radical The Huffington Post reported an estimated 35,000 to 40,000 inmates convert to Islam in prisons each year and that 15% of the total US prison population are Muslim. The net effect of the radicalization going on in our prisons, is dozens of attempted and successful terrorist attacks that were perpetrated by former inmates."

At just 15 minutes, the full video is easy to follow and short enough to keep it interesting but long enough to provide meaningful information.

You may also see the full video here: https://youtu.be/WklLp1BaFsY.