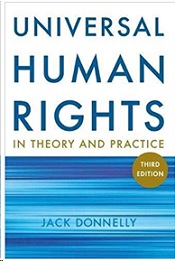 In the third edition of his classic work, revised extensively and updated to include recent developments on the international scene, Jack Donnelly explains and defends a richly interdisciplinary account of human rights as universal rights. He shows that any conception of human rights―and the idea of human rights itself―is historically specific and contingent. Since publication of the first edition in 1989, Universal Human Rights in Theory and Practice has justified Donnelly’s claim that "conceptual clarity, the fruit of sound theory, can facilitate action. At the very least it can help to unmask the arguments of dictators and their allies."

The book works well as an introduction to the validity of human rights, the vocabulary of practitioners and some of the founding documents, particularly, in this case, the Universal Declaration of Human Rights adopted by the United Nations in 1948. The Holocaust, plus the forced relocation of millions and the destruction of the most basic necessities to maintain life during World War

An important aspect of the UDHR is that all the rights it enumerates and defines are individual and not group rights. The rights of ethnic, religious or linguistic minorities are dealt with as the rights of individuals belonging to the group, not the group itself as a collective entity, since human rights are literally the rights that one has simply because on is a human being. Human rights are equal rights; all people have the same human rights as everyone else. They are inalienable; one cannot stop being human no matter how badly one behaves or how monstrously one is treated. And they are universal in that we consider all members of the species Homo Sapiens as human beings and thus, automatically, holders of human rights.

An important distinction for Donnelly is that human rights are not moral rights--human rights have played what he calls a "vanishingly small part of Western moral theory." He follows John Rawls in identifying them as political rights and is much more specific regarding them than Jurgen Habermas.

It's also a good reference book, one that you'll return to time and time again. 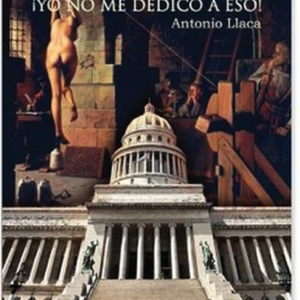 Señores, ¡Yo no me dedico a eso!

We have 802 guests and no members online