On July 27, at around 10:00 p.m. police and security forces broke into the home of Rodríguez Ramírez in Camaguey in central 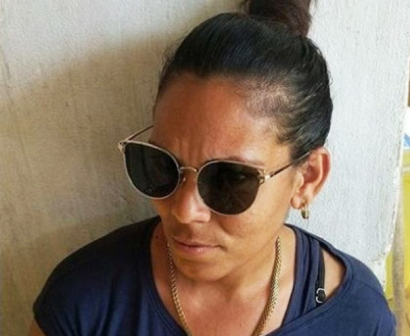 Cuba without a court order, searched her home, confiscated two phones and a laptop, and detained her overnight, according to news reports and Normando Hernández, general manager of the Cuban Institute for Freedom of Expression and of the Press (ICLEP), who spoke to CPJ via phone. Rodríguez Ramírez whereabouts were unknown until her release without charge the following day at around 4:00 p.m., according to Hernández.

“The arbitrary detention and interrogation by security forces of journalist Yadisley Rodríguez Ramírez is the latest example of Cuban authorities’ blatant disregard for newsgathering and due process,” said CPJ Program Director Carlos Martínez de la Serna from New York. “Recent abuses of journalists in Cuba have once again sadly dispelled the notion that press freedom could improve under Cuban President Miguel Díaz-Canel.”

Rodríguez Ramírez works as a reporter for Palenque Visión, a Cuban news agency that produces video reporting for several independent outlets, including Cubanet and ADNCuba, according to information provided by Palenque Visión director Rolando Rodríguez Lobaina to ICLEP, which was shared with CPJ.

In a video interview with Cubanet posted on YouTube, Rodríguez Ramírez said she was taken to the offices of the Interior Ministry, where she was held for 15 hours as officers interrogated her on the whereabouts of Rodríguez Lobaina, before letting her go with a warning. “[They told me] that I cannot do journalism work, that they are not going to allow any journalism work here,” Rodríguez Ramírez said, according to CPJ’s review of the video.